The case for and against impeaching President Donald Trump

Washington (CNN)Thousands of pages of transcripts are piling up, and top minds from both political parties are preparing their best strategy as the impeachment investigation into President Donald Trump moves into a new phase Wednesday with the first public hearings.

A clearer picture of Trump’s dealings with Ukraine has finally emerged after weeks of testimony from key witnesses. At the heart of the inquiry is whether Trump used the powers of his office to pressure Ukraine to help his reelection by announcing investigations into his political opponents.
Trump could become the third president in American history to be impeached. The United States Constitution says the sitting President “shall be removed from Office on Impeachment for, and Conviction of, Treason, Bribery, or other high Crimes and Misdemeanors.” Democrats and Republicans will fight in the coming weeks over whether Trump crossed that threshold.
CNN spoke to legal experts and analysts from both sides of the political spectrum to break down all the evidence, and to tally up the strongest points for and against impeaching Trump.

The case for impeaching Trump:

The case against impeaching Trump:

The process of the inquiry was fatally flawed
Trump and congressional Republicans have complained about the process from the very beginning, and they’re likely to continue raising these procedural concerns until the bitter end. Trump tweeted on Sunday that his “due process” rights were being trampled.
Primary among their concerns is the fact that Trump’s lawyers don’t have a guaranteed role in the private depositions and public hearings, which means his legal team can’t cross-examine witnesses. Republicans are also upset that they don’t have unilateral power to issue subpoenas.
“They are going to say that the process was not designed to get to the truth,” Garber said, noting that Clinton’s lawyers were given the right to participate in his impeachment proceedings.
House Republicans recently appointed Republican Rep. Jim Jordan of Ohio to the House Intelligence
Committee, which will handle the first public impeachment hearings. Jordan has been making the case that the inquiry was “completely unfair” and deprived Trump of his due process rights.
If the House votes to impeach, the few Senate Republicans who might have reservations about Trump’s actions with Ukraine could still vote for his acquittal and place the blame on Democrats for tainting the investigation.
“Republicans will remind us of the incredibly high standard for impeachment, and that in the entire history of our country, no president has been found guilty of meeting that standard,” Garber said. “The standard is so incredibly high, and the costs to the country are so serious.”
Presidents have vast foreign policy powers
The Constitution says the President is the commander in chief of the armed forces, and it also gives the President the power to make treaties and appoint ambassadors, with approval from the Senate. Besides that, the Constitution doesn’t delineate many other foreign policy powers.
Many legal scholars agree that US presidents have capitalized on this constitutional vagueness and silence to amass substantial executive power over foreign policy and diplomacy. Some of the nations’ Founding Fathers believed the President alone should wield this limitless authority.
This could be helpful for Trump, who previously claimed that Article II of the Constitution, which spells out presidential powers, “allows me to do whatever I want.” His lawyers might argue that he is only person who sets US foreign policy — not his subordinates at the State Department. 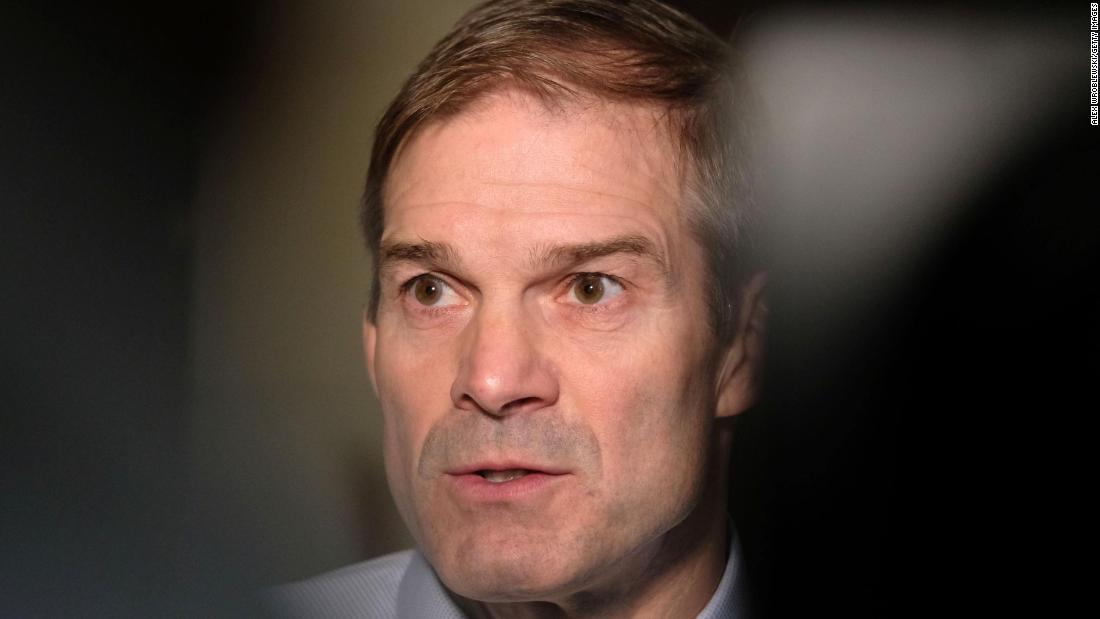 Republican Rep. Jim Jordan of Ohio speaks after a closed session before the House Intelligence, Foreign Affairs and Oversight committees on Capitol Hill.
“You’re taking a President and you’re going after him for an abuse of authority in an area where it’s almost impossible to abuse authority, because he has almost absolute authority in that area,” said former Sen. Rick Santorum, a CNN contributor who was one of the Republicans who negotiated the rules for Clinton’s impeachment trial in the Senate. “It’s just a big reach for them.”
The centerpiece of the inquiry hangs on Trump’s diplomatic dealings — not a Watergate-type scandal where people clearly broke the law or lies under oath like Clinton. Trump’s lawyers might argue at his Senate trial that even though Democrats don’t like what Trump did with Ukraine, he is still the President, and he can handle foreign diplomacy however he wants.
Limited insight into Trump’s state of mind
To prove that Trump is guilty, Democrats will need to show that he had corrupt intentions when he directed his diplomats to work with Giuliani and when he asked for the “favor” from Zelensky.
Nobody has testified that Trump explicitly told them he was pushing the quid pro quo because he wanted to weaken Biden’s campaign or boost his own chances of getting reelected. Trump’s defenders have said witnesses who confirmed the quid pro quo were giving their own “opinions” or making “presumptions.” Two of those witnesses, Taylor and Vindman, never spoke to Trump.
“I don’t know what was in the President’s mind,” Taylor said during his closed-door deposition.
One possibility is that Trump genuinely believes the discredited theories he and Giuliani have been promoting.
That means Trump was acting in good faith when he asked Zelensky to check whether Ukraine framed Russian hackers, even though the US government firmly believes the Russian military was responsible. The Justice Department is reviewing the origins of the Russia investigation, and Mulvaney said Trump just wanted Zelensky to “cooperate” with that review.
Trump was “clearly irritated by the 2016 election” and has “heard stories for a long time” about supposed Ukrainian meddling to help Democratic nominee Hillary Clinton, said former Rep. Bill McCollum, who was one of the GOP House managers for Bill Clinton’s impeachment trial in 1999.
“Trump is very bright, but he doesn’t read a lot, and buys into a lot of conspiracy theories,” McCollum said. “Some of those theories could be correct, and he wants to find out what really happened in 2016. I’m not sure there’s anything wrong with that. Is that in the national interest, or is it purely political? That’s the rub. It’ll be difficult for the Democrats to separate those two.”
There’s another potential argument in the ether — that Trump was too incompetent to pull off a quid pro quo with Ukraine. Sen. Lindsey Graham, a South Carolina Republican, opened the door to this argument last week, when he said Trump’s policy toward Ukraine was “incoherent” and that The Trump administration was therefore “incapable of forming a quid pro quo.”
Ukraine got the military assistance after all
Republicans will have political cover to vote against Trump’s impeachment, or to acquit him in the Senate, because they can say Ukraine ultimately got the money, and Trump got nothing.
The White House released the congressionally appropriated $391 million aid package on September 11, after news reports revealed the unexplained holdup and after getting tipped off about the whistleblower complaint. Zelensky never bowed to Trump’s demands, though it now appears he was reluctantly willing to, based on the call summary and press reports.
Trump’s allies say Zelensky didn’t know the aid was frozen during the July 25 call. The exact timing is unclear: News reports say Ukraine learned about the freeze in early August, but Volker’s text messages and testimony from Taylor indicate Ukraine first learned from a Politico article on August 28.
“The people who were supposedly doing the quid pro quo didn’t find out until months after,” Santorum said. “So, how do you have a quid pro quo when no one knows that it’s happening?”
If defenders of the President want to undercut some allegations of the quid pro quo, they can look to Kent, the top State Department official for Ukraine policy. He told lawmakers he saw a quid pro quo, withholding a White House invite from Zelensky until he investigated the Bidens, but that it was “not related to the security assistance,” which would be much more serious.
To be clear, Democrats can impeach Trump for simply attempting the quid pro quo, if they have the votes. But Republicans are certain to make the counterpoint that despite all the bluster and the noise, this affair created a brief two-month delay that didn’t damage US national security.

A year out from the 2020 election, nearly half of Americans want Trump impeached and removed, new NBC/WSJ poll says